Sydney Initiative for Truth | Whose Truth Is It Anyway?
Truth
15780
post-template-default,single,single-post,postid-15780,single-format-standard,bridge-core-1.0.4,ajax_fade,page_not_loaded,,qode_grid_1200,qode-content-sidebar-responsive,qode-child-theme-ver-1.0.0,qode-theme-ver-18.0.7,qode-theme-bridge,disabled_footer_bottom,wpb-js-composer js-comp-ver-5.7,vc_responsive 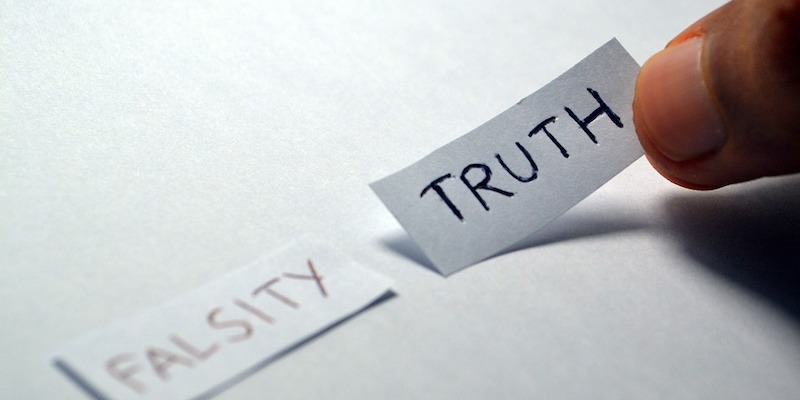 01 Apr Whose Truth Is It Anyway?

There is increasing alarm at the rise of a post-truth doctrine of alternative facts, currently flourishing most notably in the populist contexts of Trump’s ascendance and the recent Brexit campaign. Just one example, from too many of late, comes from White House spokesperson Sean Spicer’s stunning statement about the Trump inauguration: it drew ‘the largest audience ever to witness an inauguration, period’.1 This lie was so spectacularly brazen – and futile – that it went beyond the realm of any rationalization in terms of PR spin or wishful thinking. What is happening?

The situation in US politics may feel unprecedented, but alternative facts are not new. The phenomenon should be familiar in essence: a person asserts something which is plainly false – or at least, is not what it seems – yet asks people to believe it. Anthropologist Chris Knight and colleagues argue that this ‘collective deception’ is the very basis of symbolic culture in our species.2 Groups of people tacitly agree to act as if certain statements were true, yet the truth of those statements cannot be demonstrated, and the evidence may in fact be to the contrary. For creationists, life on earth was created by a divine being. For middle-class Laotians, having a new motorcar blessed by monks will reduce the risk of car accidents. For the Dorze people of southern Ethiopia, the local leopards are devout Christians. Rather than take this last statement to be true – in the scientific sense that it yields predictions that cannot be falsified by evidence – anthropologist Dan Sperber analysed it as symbolism.3

Counterfactual assertions like those encountered in religious contexts function in part as a way of bonding social groups. Group members adhere to the same belief, and this defines both their common membership within the group, and their non-membership in groups that do not adhere to the belief – consider, for example, any two rival religious groups. Further, at the individual level, collective deception requires each person to go out on a limb, committing to the group by agreeing to defend a claim that cannot be proven.

Is it right to compare today’s post-truth political culture to traditional metaphysics? Many commentators are outraged by the success of the doctrine of alternative facts in mainstream politics, and yet many of the same people have embraced a relativist doctrine of equal validity, as philosopher Paul Boghossian terms it.4 This is the view that different versions of the truth can happily coexist, and are equally valid. Boghossian’s primary example pits Native American cosmology against archaeological science. Did Native Americans originate in timeless subterranean spirit worlds or in human migrations across the Bering Strait some 10,000 years ago? Sebastian LeBeau, an official of the Cheyenne River Sioux, states: ‘We know where we came from. We are the descendants of the Buffalo people. They came from inside the earth after supernatural spirits prepared this world for humankind to live here.’4 If our criterion for determining truth were to demand evidence that is independent from people’s beliefs, then only the migration theory has a chance of being true (putting aside real issues with the evaluation of evidence). Yet many academics have been willing to demote the role of evidence entirely, and to say that different claims can be equally valid, even when these clearly contradict each other.

It might be argued that if we are going to be consistent, we have to treat Spicer’s claim about the Trump inauguration in the same way that we treat LeBeau’s claim about his people’s ancestral origins. Either we accept both as valid or we reject both as not supported by evidence. Yet many people would be uncomfortable with this. Many would vehemently dispute Spicer’s inauguration claim while defending the validity of LeBeau’s Native American origin claim.

A way to understand the apparent inconsistency of attacking the doctrine of alternative facts in one case while defending the doctrine of equal validity in the other is to recognize that the issue is a political and moral one, not a rational one. …