04 Dec The role of experts as truth-tellers – Tom Nichols

Posted at 16:30h in Video by janice 0 Comments
0 Likes
Share

A speech delivered by Professor Tom Nichols at the Post-Truth Initiative End of Year Event “Is Truth Dead? From Power and the Media to Science and Reason” on 20 November 2017 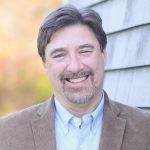