Posted at 16:41h in Video by janice 0 Comments
0 Likes
Share

A speech delivered by Sarah Haider at the Post-Truth Initiative End of Year Event “Is Truth Dead? From Power and the Media to Science and Reason” on 20 November 2017 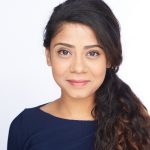 Sarah is an American writer, speaker, and activist. Born in Pakistan and raised in Texas, Sarah spent her early youth as a practising Shia Muslim. In her late-teens, she began to read the Quran critically and left religion soon after.
In 2013, she co-founded Ex-Muslims of North America, where she advocates