Sydney Initiative for Truth | In times of ‘alternative facts’ we must care about truth on a larger scale
Truth
17175
post-template-default,single,single-post,postid-17175,single-format-standard,bridge-core-1.0.4,ajax_fade,page_not_loaded,,qode_grid_1200,qode-content-sidebar-responsive,qode-child-theme-ver-1.0.0,qode-theme-ver-18.0.7,qode-theme-bridge,disabled_footer_bottom,wpb-js-composer js-comp-ver-5.7,vc_responsive 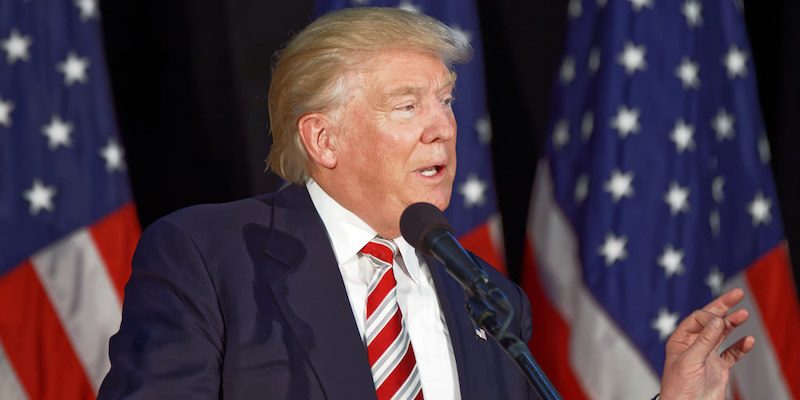 The problem is not that people don’t care. It is that our circle of regard for truth is irrationally small

It is often said that “people don’t care about truth”. But is this really the case? Imagine you are falsely accused of cheating in a test: Would you not care? Or you are filling up at a petrol station: Would you not care if the signs were swapped and you mistakenly fill up your petrol car with diesel? Or I tell you that the movie starts at 7, knowing that it starts at 6: Would you not care that I made you miss the first half?

Actually, people care deeply about what is true and what is false – at least in matters close to us, where facts have immediate and tangible consequences.

Yet it is also true that we are willing to be lied to. Language has by its nature always allowed people to say things that are false, and we are forever at risk of deception. Luckily, the circulation of falsehoods is not always a bad thing. While there are malevolent deceptions at one extreme, there are wonderful acts of invention at the other, as in the fiction we devour in books and on screen. When singer Tom Waits remarked that “most people don’t care if you’re telling them the truth or if you’re telling them a lie”, he hastened to add: “as long as they’re entertained by it”.

Waits did not mean we should be amused by false imprisonment or a mistaken cancer diagnosis. But his remark may help to explain why a sitting US president can now get away with publicly stating an average of four to five falsehoods per day. The election of Trump, the Brexit vote, and many other global developments from Duterte to Bolsonaro have been helped by appeals to public disaffection, through acts of sheer signalling de-linked from real evidence and supercharged by our new information economy. “Alternative facts” are celebrated, not because they help us make good decisions (of course they don’t) but because they give us what we want to hear. And this is what entertainment is about.

We seek out what makes us feel good. In the domain of ideas, what makes us feel good is what we already think. This is a disaster for discourse, fueling confirmation bias, a flaw in cognition that leads us to seek and accept evidence in favour of claims we already believe, while avoiding or dismissing evidence against. This mechanism has played a key role in creating the “post truth” problem: if not a new problem then certainly a problem at a new scale.

Nowhere is this new scale more evident than in the crisis of climate change. In our global playing-out of the tragedy of the commons, decision-makers at all levels are creating a collective demise by acting on proximate self-interest. It is not easy to have a regard for realities that are distant from our immediate context. Especially when the most powerful people on Earth are busy sowing doubt and distraction, polluting the information pool and muddying our bases for reasoning about action. Meanwhile, the truth about things which are distant from us – eg the net effects on the climate of our individual decisions – is certain to harm us greatly if we fail to care about it.

The problem is not that people don’t care about truth. It is that our circle of regard for the truth is irrationally small.

To solve this problem, we need to change the culture around our respect for reality. A way forward is suggested by the work of moral philosopher Peter Singer. In his book The Expanding Circle, Singer addressed the limits of our “circle of altruism”. We care only for the welfare of those inside the circle, but this moral circle is not fixed in size. Singer notes that it has broadened through history “from the family and tribe to the nation and race,” and he urges us to continue this broadening as we recognise “that our obligations extend to all human beings”. “The basis of this challenge”, he argues, “must be our capacity to reason”. We can take this idea from the realm of moral regard and apply it in the realm of regard for truth.

Of course, we cannot just tell people to apply the principles of reason and expect everything to work out fine. Indeed, it can be argued that reason itself is merely a device for producing justifications for the things we already think and feel. But it remains the case that we are capable of thinking logically, of identifying biases in our own everyday thinking, and of overriding or outsmarting those biases. What’s needed is the motivation to do this.

Historical endeavours like the civil rights movement succeeded in getting an entire generation to broaden their moral circles, bringing them to regard as wrong many practices that were once the norm. In the same way, a new “civil reality movement” (like the 18th-century Enlightenment before it), could promote forms of literacy and awareness in relation to argument, evidence, and rational discourse. To paraphrase author Helen Pluckrose, we need to make bad reasoning embarrassing again. Only then can we seriously address the hardest problems of our time.

• Nick Enfield is inaugural director of the Sydney Social Sciences and Humanities Advanced Research Centre (SSSHARC). He will appear in a panel asking “Do We Need Cultural Change in our Regard for Truth?” on 21 November at the University of Sydney

Originally published on The Guardian